I wanted to talk about honesty this week. I touched on this a bit when I wrote about self-improvement and it has come up several times since I started live-streaming a few weeks ago. Since then, I’ve had time to interact with far more people than is normal for me, and these exchanges have caused me to notice things about myself that I would not have discovered otherwise. It has also caused me to really think about what honesty means to an artist.

The honesty I’m talking about isn’t the type that keeps you from taking someone else’s work and calling it your own. Hopefully, if you are reading my blog, you have a lot more integrity than that. I’m talking about being honest with ourselves. For the most part, I’d always thought that I was pretty honest with myself, but live-streaming helped me to see just how honest I had actually been.

The first thing I noticed was how much more work I have been producing. I had been working under the illusion that I was already producing a ton of work. This wasn’t actually the case, and I didn’t realize the potential I had until about two weeks into live-streaming. In fact, I have doubled the amount of work I produce. It made me realize just how much time I was wasting not doing art and lying to myself about it.

The next thing I started to really notice was where my weaknesses were. Nothing makes you realize where you rely on crutches to get you through like doing a live stream and having people watch you work. One area I knew I needed to work on and address has been color. I have been focusing on that during my stream sessions, and I am not sure I would have seen the amount of improvement I have without the pressure of live-streaming. Granted, this is just me, but there are times where I need an external motivator to drive me forward. Currently, my live streams are helping me weed out the weak areas in my art because of how honest it forces me to be with myself.

In the past, the only reason I lifted weights or tried incredibly hard to stay in shape was to play football at a highly competitive level. I don’t play football anymore and I hate lifting weights. Lol Hopefully that doesn’t sound like I hate doing art, because that is definitely not the case. It is just a simple way for me to find more motivation to improve towards the goals I am trying to achieve.

The stream has also made me realize how other people feel and think about their own art, and how honest they are being with themselves. I had an interaction with a person this week that blew my mind, and not necessarily in a good way. I don’t think it was in a bad way either, I was just kind of dumbfounded. Most of the people that participate in my stream have a solid grasp of where they are as artists, and where they are going. Every once in a while though, there is someone who walks to the beat of their own drum, which I totally support – if it’s working. But if that’s not the direction you want to go, and you’re just trying to convince yourself that you’re not wrong, you have got to just stop. Be honest with yourself and find the beat that you do want to walk to.

Now before I go on, I have said this early and often, everyone has different reasons for doing art. Some do it for fun, some do it to work things out in their life, some do it for a job or want to do it for a job one day, some have a mixture of all three, etc…Hopefully you get the point.
When I am shown work by people in my stream, I have a few questions I will ask before I continue with a critique. Obviously they are posting their work in a public forum for people to comment. But if their work is of particularly low quality and there was a lot of boasting prior to the posting of that work, I want to know a few things before I continue. I want to know the age of the person I am talking to, what their plans are with their art career, and maybe some of their social habits. The most important answer to me is whether or not they want to do art for a job one day. In this case, the answer was yes. 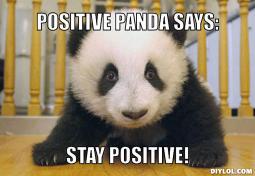 Now, I will try my damndest to come up with something positive to say because there is always a positive to take away, but I am not the type of person that can just say “hey that’s awesome, good try”, and leave it at that especially when the boasting takes on the form of “look at how good my work is and I just want you to compliment it.” The person I interacted with had something like 12 pages on a Deviantart site. I had a couple things I took away from looking at his site. At least he was drawing a ton, and he had a lot of imaginative ideas. However, there was not a core fundamental grasped anywhere in his art. Of all the pictures he had posted, there was little to no improvement shown, but his answers to my questions had him thinking there was improvement happening. He had also mentioned he was 20, bullied in high school and that art was his only thing.

The bullying answer made it pretty clear to me that he might take negative criticism hard if he didn’t get it from the a specific direction, and no matter how I danced around the issue, he wouldn’t give me a way in to help him improve. Eventually, the conversation ended with no conclusion. I have thought about it quite a bit, and yes, it sucks that he was bullied and probably had many other bad experiences which affected his confidence on a daily basis. But being honest with yourself is the only way through the problem. If you have a dream to accomplish something, you can’t let any negative circumstances stand in your way or dictate your progress. Hopefully this last part doesn’t come off as too insensitive, but if you hope to do what you love for a living no one is going to give you that job because they feel bad for you. You have to earn it.

There are so many resources online to turn any person in to a master artist if they want it bad enough. The only thing stopping you from accessing that information is you typing a few different words into Google. If you think you are being honest with yourself find a way to test out how honest you really are being with yourself, and you will be amazed at what you discover and how quickly you improve.

Here is a recap of some of the work from last weeks live stream.